This is the strongest spirit I have ever come across. Ever. It is the most debilitating and literally sucks the physical and spiritual life out of you, and a Christian who is not aware of him can fall easy prey to his destruction!

My cousin had given birth to a precious baby with spina bifida. Our family prayed and fasted many times during his lengthy stay in hospital. A few days before that while praying for him in my room I got a brief vision of him lying in his hospital cot and lit up with a bright white silvery light. The same night my cousin got a vision of two swords crisscrossed over his bed!

One Saturday we (me, my mom and her two sisters) had gone to visit him and my cousin at the hospital in order to provide her support with prayer, communion and anointing.
Whilst fellowshipping, three nurses noticed us talking and praying, and came over to us and asked us about our belief in Jesus, and if we could pray for their healing. One lady had an ankle injury that would not heal. We prayed for all of them, and that same lady told my cousin the following week how her ankle was healed!

As we had finished praying for them, this terrible depressive cloud came over me and this voice, which I presumed was just my thought said “You’re useless.” Out of nowhere. Nothing had taken place to warrant this thought or feeling. The depressive feeling was so incredibly strong that I understand why they draw black clouds over sad peoples’ heads in cartoons! It was like I had a huge black cloud completely envelope me.
The thoughts never stopped and carried on with statements like, “You’re kidding right? You think your prayers are going to help your cousin’s baby and the nurses? Who do you think you are? Look at your family – they’re the stronger Christians! What are you even doing here?” Accusing thoughts like that changed to me now telling them to myself – “I really should not come back here to pray. I’m useless, I feel ashamed for even coming here! I have the sin of pride! I am being punished for thinking I could come here and make a difference!”

The change in my persona was so obvious that my mom asked me what was wrong. I told her nothing was wrong and that I had just been daydreaming.
The thoughts continued for a week after that and just got worse! I would think to myself, “Now, stop praying. You are useless and will never make a difference in God’s kingdom! Hah! You have made a fool of yourself for even going there! And stop trying to use the gifts God gave you. Why did you think you had any gifts in the first place? You’re useless and you don’t know what you’re doing! You’re embarrassing the Kingdom!”
Right now you’re thinking “Ah, come on! That was obviously Satan, he’s the accuser (Rev 12:10)! He’s the liar and deceiver (Rev 12:9), how could you fall for that?”
Readers, I cannot tell you how powerful this spirit is! It blinds you so badly to the truth that you can’t think straight and it blocks out all light. Not one part of me thought “Whoa, this is not right.” I’m very quick with identifying spirits – but this one got me. And he got me good.

A week later the thoughts were still tormenting me to the point of tears, where I felt I had let God down and embarrassed Him for my lack of usefulness in His Kingdom. I actually thought God thought of me as a joke. I was exhausted and would not read my Bible because I felt I was not good enough for the Word. I stopped praying for the same reason, and was depressed and lethargic. It felt like the very life was being sucked out of me. I was spiritually dry and physically exhausted.

There was one tiny little moment where crying in my bedroom I thankfully found a bit of energy and managed to squeak out, “What’s going on Lord?” That’s all I needed to say. And God stepped in. Through serendipity the next day (although we know there is no serendipity or coincidence with God!), I came across a writing of a Christian woman who had been attacked by this spirit and had the exact same symptoms as me! I then decided to do some research…

Ladies and gentleman, I hereby introduce to you the Python Spirit. Absolutely deadly and he hates with extreme passion.

Firstly, think about what you know of a python. It is nonpoisonous but deadly because they crush their prey to death and kill it by suffocation. When prey is in a python’s grip, every time it takes a breath, the python tightens that grip. The only way to kill a python this way is to cut off its head.

Greek mythology tells the story of a python that lived in the caves of Mount Parnassus. The Greek god Apollo founded the sacred Oracle at Delphi after he killed the python. The pagan temple of Apollo was erected here, and when people came to the Oracle for advice and revelation they could smell something decaying, which was thought to be the dead python. The priestess would breathe in the fumes that came up from the ground in order to receive the revelation people were looking for. Pretty much like mediums today. Therefore, we can see witchcraft was founded on python worship! The region where Paul was ministering was ruled by a stronghold of python.
Looking at Deuteronomy 18:10 “There shall not be found among you any one that maketh his son or daughter to pass through fire, or use divination, an observer of the times, or an enchanter, or a witch…” Enchanter here means to hiss, whisper a spell.

This spirit is found in the Book of Acts. It is the source of divination. Looking at Acts 16, we see a female slave who followed Paul while he was going to the place of prayer and said, “These men are the servants of the Most High God, who proclaim to us the way of salvation.” When I was much younger, I always wondered what Paul’s problem was for rebuking her for proclaiming the truth about him! On the surface what she said doesn’t seem so bad, but it is not what she said, but what made her say it. This girl possessed the python spirit and made money for her owners by fortune telling. Paul wasn’t as caught as I was, and commanded the spirit to come out of her that instant, as only God is the author of revelation.

How does the python spirit work?
Basically it wants to keep you from doing what God wants you to do. His main weapons are crushing and suffocation – it crushes your visions, faith, hope, spiritual gifts and dreams so that you literally do nothing for God’s kingdom and give up. This spirit is after breath, and breath represents the Spirit of God. This spirit constantly told me to stop using my gifts as I was a waste of time and stupid! He suffocates you so badly that you can feel it in the physical, but then he eventually quenches the Holy Spirit and your zeal in order to carry on doing what God needs you to do. Proverbs 29:18 says “where there is no vision, the people perish.” You get spiritual apathy and think so low of yourself that you have no want to do anything for God or to get rid of this burden. You don’t bother wanting to rid of it because you believe it as truth.

If you had to see the python in the spirit realm, you will see it wrapped completely around your body, and its head will be right next to yours while it whispers negative thoughts, lies and deception into your ears. These very thoughts are crushing in itself. When we look at Genesis 3 the first poisonous words uttered by Satan were “Has God indeed said?” That created doubt in Eve’s mind. This spirit works non-stop at hissing out lies into your ears. You have to understand that the hisses are so powerful and convincing that recognizing it for what it actually is, is almost impossible.

When you look at Numbers 13, the twelve spies were supposed to spy on the land of promise but came back with a report about the giants of the land, “But the men who had gone up with him said, “We are not able to go up against the people, for they are stronger than we.” And they gave the children of Israel a bad report of the land which they had spied out, saying, “The land through which we have gone as spies is a land that devours its inhabitants, and all the people whom we saw in it are men of great stature. There we saw the giants(the descendants of Anak came from the giants); and we were like grasshoppers in our own sight, and so we were in their sight.” Fear and discouragement got the better of them, just like me. Interestingly, the Hebrew translation for Anak is: to choke as with strangulation using a necklace. You will not mistake its prime symptom – suffocation. You will literally feel the suffocation!

How to defeat the python spirit

As the python whispers all sorts of deception into your ears, the first thing you have to do is take authority over it and command it to leave you in the name of Jesus. Remember that Jesus gave us His authority to “trample over serpents and scorpions and over all the power of the enemy and nothing shall by any means harm you.” Luke 10:19
As soon as I did that, the spirit left me immediately! It was that simple. I never had to fight it any more than that. The weight lifted and I could now see things for what they were.

Also ask God for forgiveness for allowing the spirit to get the better of you and its attempt to rob you of your spiritual gifts. We are instructed in Proverbs 4:23 to “keep your heart with all diligence, for out of it spring the issues of life.” Satan wants to harm both your physical body, emotional well-being and spirit! And from my case, you could see he did that with depression. I have my Honours in Clinical Psychology and I have always thought that most roots of mental illness are demonic.

As tough as it was, I am glad this happened to me as I don’t think this spirit is well known – any affliction that can be used to learn from and help other brothers and sisters in Christ, and ultimately bring glory to God, is worth it!
Please discern and keep watch for this spirit (1 Peter 5:8) and don’t ever allow it to hang around. Like I said, it is the strongest spirit I have ever encountered. Be vigilant, and conquer him! 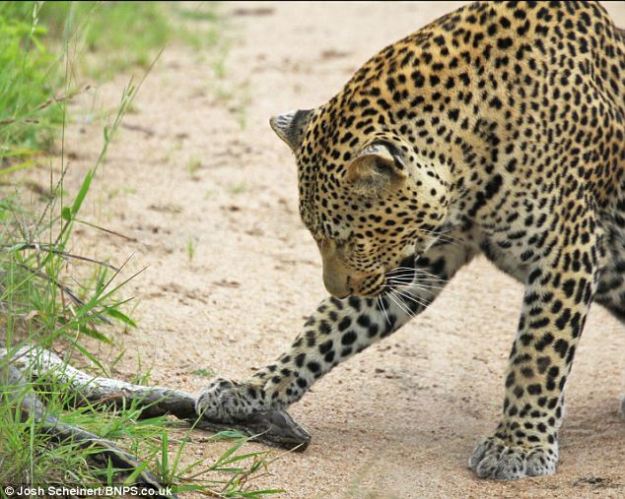 King of the Crop

Majesty, Your Majesty – all praise it must arise to Thee

Any adverts you may see now and then beneath KIT posts are not approved by me. They enable our free use of Wordpress. Luckily, if you are logged in to Wordpress, you will not see them! I apologize should any of the advertisements contain anything offensive or inappropriate to my Lord.
Loading Comments...
%d bloggers like this: